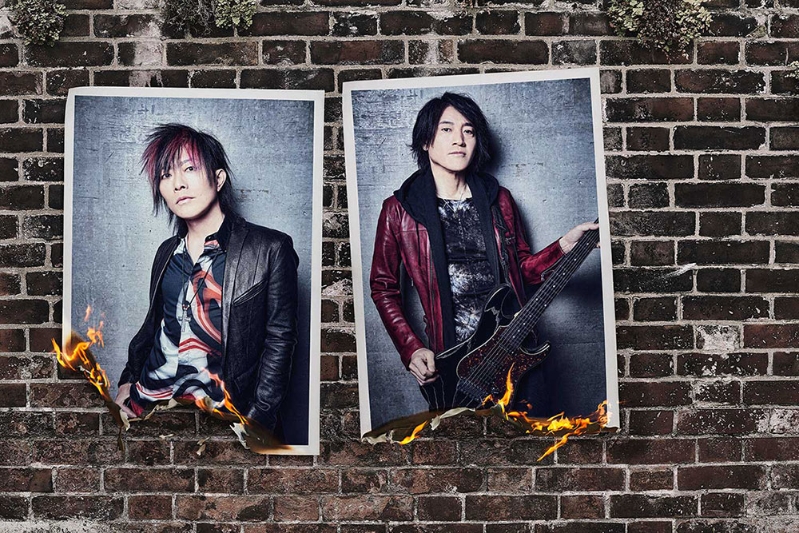 The rock unit GRANRODEO is a 2-man unit made up of KISHOW (Kisho Taniyama), a notable vocalist and voice-over actor; and e-ZUKA (Masaaki Iizuka), an accomplished guitarist and musical composer known for using melodious songs with hard guitar sounds in animation music. The aggressiveness of their music is evident in their "cool" factor. It is a fusion of KISHOW's charming, sexy vocals and e-ZUKA's rock guitar sound.

VOCALS: KISHOW (Kisho Taniyama)
Active as a voice-over actor. Currently making full use of his outstanding singing ability to be a vocalist, aside from being in the limelight for as a male voice-over actor. Started a new unit called GRANRODEO with e-Zuka. The band was formed after KISHOW wrote the lyrics for the image song for Takano, a character in the animated series “Kimiga Nozomu Eien” and e-ZUKA composed the music. After releasing their debut single, he displayed various abilities by writing lyrics and providing vocals.

Guitar: e-ZUKA (Masaaki Iizuka)
Currently focused on composing music for Minami and other voice-over actors. The music genres vary from catchy pop tunes to hard rock. Although E-ZUKA was working hard as a creator, he met KISHOW and they began working together behind the scenes as GRANRODEO. Of course, e-ZUKA handles all of the music composition and the hard (rock) guitar solos that are a crucial part of GRANRODEO’s sound.