TOP > Artists > "Updates in the Music Sync Business of Film / TV / Games / and Emerging Media, and How Best to Pitch Your Music"

"Updates in the Music Sync Business of Film / TV / Games / and Emerging Media, and How Best to Pitch Your Music" [Co-organizer] Visual Industry Promotion Organization 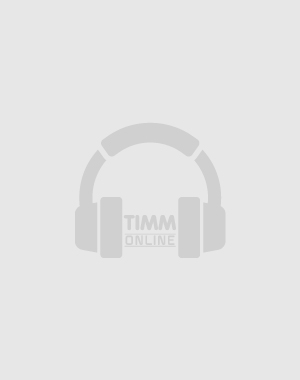 In this panel, 4 seasoned Music supervisors and music executives - Jonathan McHugh, Season Kent, Gwen Riley, Anita Nedeljkovic will talk about how the game is changing with Music Placement in Hollywood films, Games, TV, and emerging media e.g Peloton, Vice Media – how best to pitch your music, possibility of Japanese music being synced, and further business opportunity for the music industry.

＊Thank you for your cooperation in the questionnaire regarding this seminar. enter here.

Speakers
Jonathan McHugh / Founder & Board Member/ Guild of Music Supervisors
Jonathan McHugh is a documentary Producer/Director who recently directed the upcoming Abramorama Pictures documentary films "Cosplay Universe" "City of Ali" and "Long Live Rock...Celebrate the Chaos." Other productions include "We Are X" and "The Man In the Camo Jacket."
McHugh has produced 35 films and TV shows.  Past productions include "Janis:Little Girl Blue,""Justin Beiber: Never Say Never", "Crossroads, "Snoop Dogg's Hood of Horror," "Repo: A Genetic Opera" and the TV shows "Sun Records", "Battleground Earth."McHugh has music supervised over 75 films and TV shows and produced over 50 soundtracks.
McHugh is a member of the Producers Guild Documentary Committee, co-founder of the Guild of Music Supervisors and former LA Chapter President and Grammy Trustee.

Season Kent / Music Supervisor
Season Kent is an award-winning music supervisor who helps storytellers convey emotion to audiences through song. Whether it’s Billie Eilish & Khalid for 13 Reasons Why, Normani for Love Simon, Charli XCX for The Fault in Our Stars, or Doja Cat for Birds of Prey, Season’s impeccable taste has helped her soundtracks go platinum and earn Grammy nominations. Through her 15 years as a music supervisor on 50 film and television projects, she has contributed to a range of projects from the Academy Award-winning drama, The Fighter, to Fox’s critically acclaimed The Hate U Give, to the party-starting Magic Mike XXL. Season has leant her skills to a full range of comic book adaptations, including Marvel’s Luke Cage, DC’s The Flash and Shazam! and the ever-popular The Walking Dead franchise. Her recent credits include Netflix’s hit series Sweet Tooth and Sony’s forthcoming Bullet Train starring Brad Pitt and Sandra Bullock. Her work has been recognized twice by her peers at the Guild of Music Supervisor Awards earning trophies for The Fault in Our Stars and 13 Reasons Why.

Gwen Riley / SVP Music / Peloton Interactive Inc
Gwen Bethel Riley is the SVP of Music for Peloton Interactive. Peloton is the largest global interactive fitness platform with over 5.4M members. The Peloton experience combines amazing workout content with technology and community to bring studio-style workouts to life in the convenience and comfort of your home.  Music is an essential part of the Peloton ecosystem and brand and Riley has forged unique partnerships with Beyonce, The Beatles, Verzuz and more that surprise and delight the Peloton Membership.  Riley is known for her artist-centric approach to identifying opportunities for talent in new and emerging technology platforms.

For 20 years, she has sourced, produced, licensed and developed key music integrations for some of the entertainment industry’s most influential artists and studios - creating placement, distribution and promotional opportunities for artists in award-winning technology platforms, digital content, games, consumer products and feature films. Educated early in music, and later, entertainment / intellectual property law, her career has spanned music business affairs and development, creative direction and supervision and start-up music operations/production for emerging and industry-leading companies (Disney/Tapulous/Artisan Entertainment) in New York, Los Angeles and Silicon Valley.  She has led music direction for Grammy Nominated Soundtracks and BAFTA nominated music games.  She loves her job and brings passion and enthusiasm to her work and her leadership strategy.